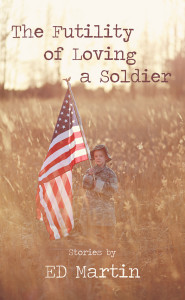 I’m switching gears this week, from my newly-released novel to a snippet from a short story collection I hope to release this spring.

“It’s just a real bummer, you know?” said Gina. “Here I thought we were going to get married some day, have a family, a big house and all that. But how can I marry you if you’re dead?”

Marriage. The word echoed in Artie’s mind. The marriage deferment was nonexistent, but maybe, just maybe, if he married Gina, he’d have a leg to stand on when reporting tomorrow. Maybe they’d take pity on a newlywed, give him an extra week, buy him some extra time to come up with a real excuse.

“So what’s stopping us?”