David Taylor II is an author, playwright, songwriter and producer. He is the author of the new children’s favorite Diary of a Smart Black Kid and is also adding to his Dear God children’s series. His latest novel, Lucifer: Soldiers, Serpents and Sin, is an internationally best-selling book. He has created an entire story world called The Realm from that first book and continues to expand it. He is a co-composer for the smash hit theater production, Eye of the Storm:The Bayard Rustin Musical, nominated for 3 Black Theater Alliance awards. In 2015 his book Wayward Pines: Survival, from the hit Fox TV show of the same name, broke top 10 in the Amazon best seller list and is currently still in the Top 100 of Kindle Worlds sci-fi. He is the proud father of two, as well as a lover of football, pizza, and a good glass of lemonade.

11-year-old Baron Winters, protagonist of Diary of a Smart Black Kid: Sixth Grade, has a funny name. He’s smart, black, and a geek. That means parents, bullies, and bullets. And girls. He chronicles his foray into middle school, trying to understand it all. And survive. 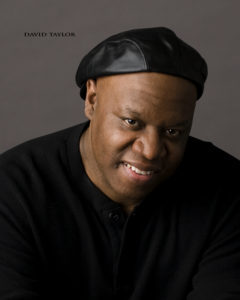 It wasn’t an author, it was a film director, James Cameron. The man is a master storyteller and his movies hold up even years later. So I wanted my books to be good stories that hold up over time.

2. What genre do you currently read most and why?

Mainly fantasy and comic books, because it keeps my mind expanding.

3. If you could have any superpower, what would it be and why?

Ooooh I’ve thought about this one six ways to Sunday. If I have to pick only one, it would be super speed. Everything changes if you can move at super speed.

4. What’s the worst job you’ve ever had and why? What was the best thing about that job and why?

I worked at a certain retail outlet and the boss was horrific. Just mean on purpose. But at least I got discounts on purchases.

People should read my stuff because I don’t care what I’m talking about, I’ve got a fresh twist on it you’ve never heard before. My target audience is people that love to Geek out as much as I do!

Diary of a Smart Black Kid is currently available on Amazon.