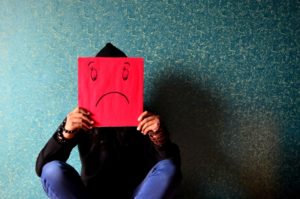 Last month, I was invited to give a short presentation at a writing conference for social workers. I’d previously done a panel on using writing as therapy, and my research interest is the effects of trauma on students, so this was my topic this time:

Writing can be a form of self-care for human service workers working with clients who have experienced trauma. Explore ways to process secondary trauma through writing, as well as how to balance accurately telling clients’ story while respecting their confidentiality and dignity.

Because participants said they found my presentation helpful, I thought I’d share it here too.

This quote strongly reflects the approach I take to writing. Many of my stories are based on composites of people I’ve worked with across my various education, criminal justice, and social work jobs, and while they’re not exactly true, their themes and messages seem to resonate with readers who’ve experienced similar situations. At the same time, however, as I write about the trauma my clients have experienced, I need to be careful to protect their identities as well as minimize the secondary trauma I might experience while writing about what they’ve gone through.

Individual trauma results from an event, series of events, or set of circumstances that is experienced by an individual as physically or emotionally harmful or life threatening and that has lasting adverse effects on the individual’s functioning and mental, physical, social, emotional, or spiritual well-being.

This is similar to a story arc – a character experiences an event, and how that character deals with the effects of that event (either short-term or long-term) makes up the rest of the story.

That said, there are six types of trauma, and which type is used can lead to different types of stories:

Writing as a means of processing trauma

For me (ie, someone who hasn’t experienced much trauma but works with clients who have), writing is a way for me to put into words what my clients have experienced, when they don’t have that chance themselves. It’s about making these “salt of the earth people,” as a reader once described them, real so that people can understand them as people and not caricatures. It’s about highlighting a problem so that others can identify with it.

But this is just me, as a social worker/teacher/advocate. I surveyed a writers’ group about how they use writing to process trauma, and here’s what they said:

Roleplay what could have happened

How to write about trauma (yours or others’) ethically

When telling a story that’s based in truth, whether it’s your story or one that you’re telling on behalf of others, there are ethical considerations to take into account. First off, how will others react if they’re portrayed as the villain, or if you change the story to make it “better” but make them come across worse? What about potential legal ramifications?

The authors I surveyed also shared their tips for writing a story based on trauma, without causing problems for others.

Use bits and pieces of real people

Focus on emotions and themes

Use a pen name

Everyone experiences and reacts to trauma, and writers are no exception. We write about our trauma and that of others, as a way to process what we’ve experienced and share experiences with others.

If you’re a writer, how do you use writing to process trauma? What techniques do you use to write about it ethically? Please share your thoughts in the comments!