Tonight instead of writing I decided to play around with cover design for my half-written novel A Handful of Wishes (and yes, I know that when I get it published I’ll probably have no control over the cover, but that’s not the point when trying to procrastinate).  It’s about a boy and a genie in a bottle, so of course the cover needs to feature a bottle, right?  In the story the bottle changes shape and size depending on the genie’s mood, so I went to Hobby Lobby and got just a cheap random bottle. 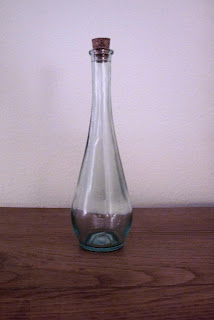 Pretty boring, right?  I like Picasa for normal, routine picture editing, but you don’t want something normal and routine for a book cover.  So I played around with the picture in Paint.net, which is an awesome free program that allows you to do billions of things not only with color but effects like oil painting.  After about twenty minutes, I had this. 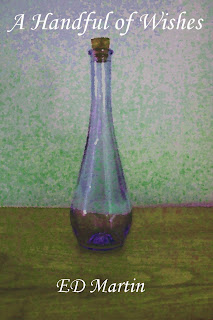 Now to just write the rest of the book….