Here’s my report on this week’s progress for the May StoryADay Challenge.

So, I might’ve cheated a bit this week to make my goal.

The official count: eight stories written and subbable.  Another eight are in various stages of being written.

I’m officially done with the school year on Friday, and then all summer I’ll have projects and lesson planning but it’ll be more laid back, with time for writing so I can pull out fifteen finished stories. Hopefully.

If you’re doing the StoryADay challenge, how’s it going?

As I’ve mentioned, I’m doing the May StoryADay Challenge.  Well, at least in theory.

Because, to be honest, I’m not doing so hot. 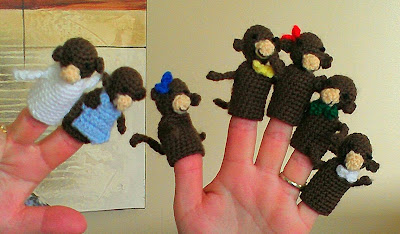 So at the end of week 1, I have a completed flash story, a completed short story, an outlined story, and a chunk of something else.  It’s actually better than I thought it would be.

But hey, it’s a new week.  I can still pull this off. Probably.

If you’re doing the StoryADay challenge, how’s it going?

As I said in a previous post, I’m participating in the May StoryADay Challenge.  Because I’m a crazy masochist like that.

But I won’t be posting the stories here, like I did with posts in the A to Z April challenge.  First, most publications consider a story that appears on a blog to be published, so I’m not going to share for that reason.  And second, I’m lazy and busy.  Writing a post a day took a lot of time, and with the end of the school year in just a couple months, I don’t have the time to post every day, especially if I’m writing the story too.

So instead, every five days or so I’ll give you an update.  Hopefully the pressure of writing them here, as well as the internet scorn and ridicule if I don’t make it, will keep me on track.

So far, I’m one for one.  I wrote a 400-word flash story called “Adolescence” (which also works for the Flash 500 prompt, which is to write a story without using any form of to be).

Are you participating in this challenge?

It’s a well-known fact that writers are crazy masochists.  So crazy and masochistic, in fact, that they often put silly limitations on the words they use when writing.

Dr. Seuss did it with Green Eggs and Ham, written using just 50 words.  Ernest V. Wright wrote his novel Gadsby without the letter e, in a style known as a lipogram.  But as Robert Cass Keller pointed out, that’s easy, and it’s been done. Why not really challenge yourself?

So he suggests removing a few more letters.  Eleven, to be exact: BGJKPQVWXYZ.

My writing group’s assignment for the week:   write a 500-word piece of flash which uses the constraint suggested by Keller as equivalent to an axed e: a total lack of the letters ZQJXKVBYGWP.

I of course waited until the last minute and then got suckered into teaching another class (because really, who needs planning periods?), so I only wrote about 200 words.  It was tough; characters can’t laugh or cry or punch people or shrug or even just think to ask why.

I’m not sure where exactly my story is even going, but I’ll post what I have here for your reading enjoyment (or not).  Maybe I’ll finish it someday – with or without the entire alphabet.

Hermione sat on a small raft, no smile on her face. The sides of the craft rose from the sea to surround her, some canteens, a container of rations, and Dan, the other one left.

Not that he noticed. He sat and smiled. Hummed and trailed his hand off the side. Didn’t care he and she could die.

“It’s so calm out here,” he said to her. “I could remain here for months.”

Hermione clenched her hands at her side. One thrust and he’d irritate her no more. She didn’t need much force at all. Instead she said, “Is that so?”

He motioned his hand at the stuff around them. “I’m content. If I die….” He smiled at her. “It has to occur sometime.”

Dan nodded, then turned to the sea.

“It doesn’t matter, does it? Us out here – either die or not. I can’t alter that.” He fell silent, his hand in the sea.

Hermione seethed. Such consent to their situation infuriated her.

Tonight was parent-teacher conferences night.  The sad thing about these at the high school level is that the parents who need to attend the most, don’t.  I had my typical turnout of one parent, and then I put on my surrogate-parent hat and went around to a bunch of my students’ teachers to see how they’re doing (I’ll be giving up my planning periods to tutor someone in geography, two other kids in Earth Materials, and a third in Guided Writing). I still had an hour left, so I turned to my homework.

My online writing group is making a conscious effort to expand our understanding of the craft.  This week’s assignment:  Read (and discuss!) the linked essay by George Orwell and write a 500-word piece of flash which responds to it, or which features some of Orwell’s four reasons for writing in mixed amounts.

I’ve already written about why I write, but this time around I’ll focus on Orwell’s essay.

In his essay, Orwell gives four reasons for writing:  sheer egoism, aesthetic enthusiasm, historical impulse, and political purpose.  I can maybe buy that.

First is egoism.  There’s a definite thrill when I receive an acceptance for a submission and then again when I see my name in print, knowing that the message I’ve thrown into my work may reach its intended audience.  Knowing that my work will have an impact on someone, somewhere.  However, I hide behind a pen name and most people don’t know that I write, or if they do know they don’t bother to read any of it, so obviously egoism isn’t a main reason for why I do this.

Next on the list is aesthetic enthusiasm.  My language tends towards simplistic words and phrases, usually devoid of the dreaded purple prose, of elaborate descriptions and miles of narrative just because I can.  But aesthetics, Orwell tells us, isn’t just minute details; equally important is the general flow, the overall impact my words create with pacing, dialogue, character development, and plot. And it’s those that fuel my “desire to share an experience which one feels is valuable and ought not to be missed.”

And that leads to his next reason, historical impulse.  In The Things They Carried, Tim O’Brien wrote, “A thing may happen and be a total lie; another thing may not happen and be truer than the truth.”I couldn’t agree more.  For myself and I think many writers as well, how things are and how we see them overlap equally with the truth.  We interpret what happened; whether it happened or not is irrelevant.

This shouldn’t be confused with political purpose. If I can understand your reality and articulate it when you can’t, does it matter whether it happened as I wrote it or as you experienced it, if both versions arrive at the same truth?

That’s not to say I don’t put a spin on what I write – Orwell’s political purpose.  I color my stories with how I see the world or want to see it, and, more importantly, how I want the reader to see it.

All these reasons for writing blur together.  I write because I enjoy when other people (egotism) react to my words (aesthetics) and see the world (historical impulse) as I see it (political).

But more importantly, I write because I want to.  Because I need to. As Orwell says in his essay, “One would never undertake such a thing if one were not driven on by some demon whom one can neither resist nor understand.”

It’s not egotism; I’d write even without an audience, and I have tons of stories I’ve written that I don’t plan to share with anyone.  It’s more than how well a series of paragraphs come together, or an agenda I push on people.

I write, quite simply, because I have ideas in my head that I want to express.

Everything else is just excuses.