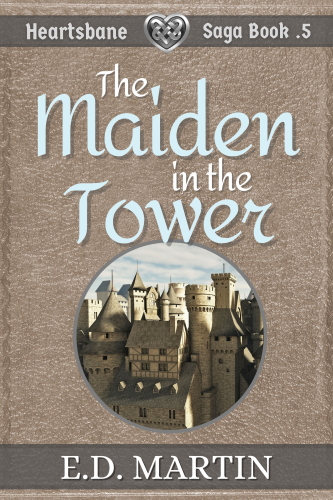 Carys barely remembers her life before her father sold her to pay his debts. Locked away in her mistress's chamber, she doesn't dare to dream of anything better for herself, until a chance encounter with a traveling merchant changes her life forever.

Storm has traveled the lengths of the known world, yet when he sees a servant girl locked in a tower, he knows he'll do anything to rescue her.

The Maiden in the Tower is a standalone short story that accompanies a series of fairy tales retold in a world of Vikings. If you like sassy heroines, adventures spanning the medieval world, and a touch of romance, you'll love The Heartsbane Saga, E.D. Martin's new historical fantasy series.