Media Monday: Reading my way around the world #1 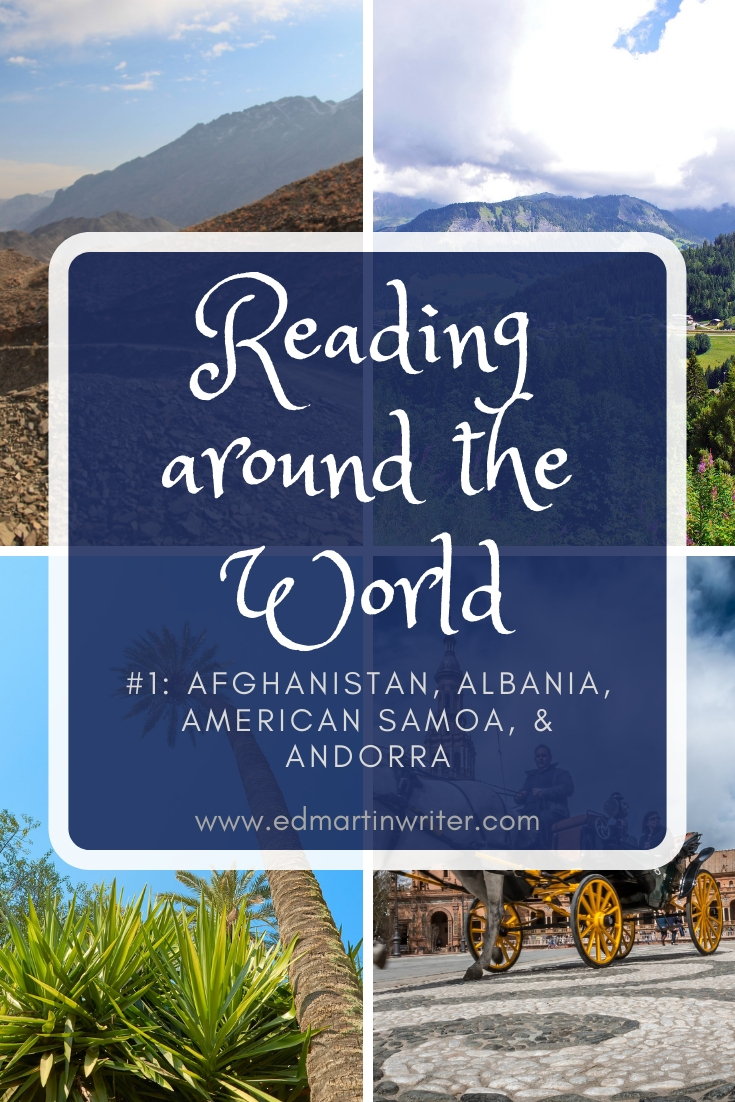 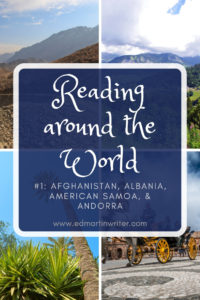 The books: The Kite Runner by Khaled Hosseini, Under the Banners of Melancholy: Collected Literary Works by Migjeni, Where We Once Belonged by Sia Figiel, and The Teacher of Cheops by Albert Salvadó

The music: “Earth” by Lil Dicky

I love lists. I love making them, and I love using them as a guide for what to do, especially when it comes to reading. A while back I read about a woman who read a book from every country, and I thought to myself, hey, maybe I should do that too. I tend to mostly read books by American, British, and other English-speaking country writers, and I’m always looking for new perspectives.

A quick Google search gave me a list of 266 countries, so obviously I’m not going to finish this challenge anytime soon. I’ll be updating my progress as I finish a handful or two of books.

For my first book, I went with one I’d been meaning to read for a while: The Kite Runner by Khaled Hosseini. I debated on whether this actually counts as an Afghani book – the author was born in Afghanistan but now lives and writes in the US – but eventually decided just to go with it.

I wasn’t super impressed with this book. It felt like Hosseini was trying too hard to push his theme of redemption, and all the characters served only to help the main character grow. On some level this is good – you don’t want a bunch of superfluous characters – but the way it was done was very transparent.

I found a great series, 20+ books on Albanian Studies by Robert Elsie. I’d love to read all of them someday, but for this list I chose Under the Banners of Melancholy: Collected Literary Works by Albanian poet and prosist Migjeni.

I’ve read a lot of Russian stuff and figured an early 20th century rural Albanian would write in a similar vein. The guy studied to be a priest and then taught school in a rural village before dying of tuberculosis at the age of 26. His poems and stories are filled with cynicism and longing for romantic relationships he never received.

From the back cover: “The main theme of his literary work was misery and despair. Previous generations of Albanian writers had sung the beauties of the Albanian mountains and the sacred traditions of the nation, whereas Migjeni now opened his eyes to the harsh realities of life, to the appalling level of misery, disease and poverty he discovered all around him. He was a writer of despair who saw no way out, who cherished no hope that anything but death could put an end to his suffering.”

But through it all, there’s a faint vein of hopeful optimism for his country and for the people around him.

I’m not a huge poetry person, and some of the works became repetitive after a while. He also had a lot of purple prose, although this book was an English translation so I’m not sure how accurate this book was. Overall, though, I enjoyed this, especially some of the short stories. It’s a shame he died so young, because he would’ve had a lot to contribute to Albanian literature.

Believe it or not, there aren’t a lot of American Samoan authors out there. I cheated a bit for this one and went with a Samoan author who lives in American Samoa. I ended up reading Where We Once Belonged by Sia Figiel, a coming-of-age story about a teenage girl in Samoa.

At least, that’s what the description said. But this book was a lot more than that. It was as much about Samoan culture – regarding family, community, and views towards the rest of the world – as it was about what the main character Alofa went through. This book was very skillfully written, conveying just as much in what it didn’t say as it did with its descriptions. My favorite that I’ve read so far.

As you’ll learn if you try this challenge yourself, there’s really only one book by an Andorran author that’s been translated into English: The Teacher of Cheops by Albert Salvadó. And it’s about ancient Egypt.

The story itself wasn’t bad. It’s about a slave, Sedum, who gains his freedom and then works his way up to become treasurer to the pharaoh. But the characters aren’t fleshed out. There’s lots of pages on this made-up “path in the stars” philosophy stuff which is probably way too Eastern for ancient Egypt. Lots of details that don’t matter, especially in the very clinical sex scenes.

It was definitely a slog to finish, and if I hadn’t been reading it for this challenge I would’ve put it down after just a couple chapters.

Today’s song is quite possibly one of the stupidest things I’ve ever heard, but in a juvenile, amusing way. I heard it on the radio and didn’t believe it was a real thing – that’s how stupid it is. I suggest everyone should listen to it at least once (although warning: it’s definitely NSFW).

One thought on “Media Monday: Reading my way around the world #1”

The Futility of Loving a Soldier: An Antholology
11 stories. 5 wars.
Get your copy at Amazon

"Not My Thing"
A musician tries to reconnect with the music.
Get your copy at Amazon

Us, Together: A Short Story Collection
Six stories about problems teenagers face
Get your copy at Amazon

"Tim and Sara"
Can Tim help his friend Sara while holding onto what's left of his own sanity?
Get your copy at Amazon