Stories about crimes have always resonated with David, whether it was Crime and Punishment or The Quiet American. Maybe it’s because he started his career as a police reporter, or because he worked for a time as a teacher in the county jail.

More than a decade ago, when he decided to finally get serious about writing, he started with short stories based on real misdeeds he’d witnessed, including one about his next door neighbor who’d been murdered by a friend, another about an ambitious bike racer who decides to take out the competition, and a bunch of others based on characters from the jail.

Over time these got picked up by various magazines online and in print. More than a dozen now exist, with most of the latest in Alfred Hitchcock’s Mystery Magazine and Big Pulp.

For his debut novel, They Tell Me You Are Wicked, David drew inspiration from the most infamous event in the history of his hometown: the real life killing of a political candidate’s daughter (though he made up all the details).

Book two in the series, They Tell Me You Are Crooked, is set two years later, after the hero, Duncan Cochrane, has become governor. He’s haunted by the family secret that got him elected and fighting a sniper who’s targeting children in Chicago.

In the latest book, They Tell Me You Are Brutal, Gov. Cochrane searches for a saboteur who is poisoning pain medications, all while trying to protect his family from personal and political ruin. 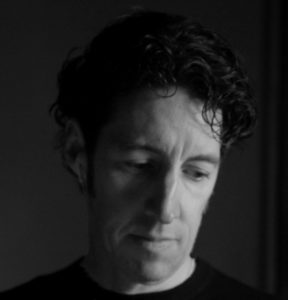 1. Why do you write political murder mysteries?

As a young man growing up in a wealthy suburb, I thought that crime happened to other people. Even as a young adult, writing the police beat for a local newspaper, crime felt distant from me. Then my next door neighbor was murdered, and I realized it affects us all.

Now I write about infamous crimes from my childhood, seeking connections to those who, like me, feel immune to its effects.

2. What was your attitude towards reading when you were a kid?

Loved it. Books were my best friends.

3. Thinking about the stuff you’ve written, who’s your favorite character and why?

I have a columnist who appears in all four of my books named Mark Rica. He’s inspired by the famous Chicago scribe Mike Royko, who commented on all the political shenanigans of the city. I find writing in his voice freeing, and his cynicism feels somehow rewarding.

No one writes books about people like me. Who wants to read about a guy who spends his free time daydreaming at a keyboard?

5. What is the most important thing that people DON’T know about your subject/genre, that you think they need to know?

That mysteries can be more than whodunnits. A good mystery will show you something about the time and place in which it’s set, not just the characters, but the culture as well.