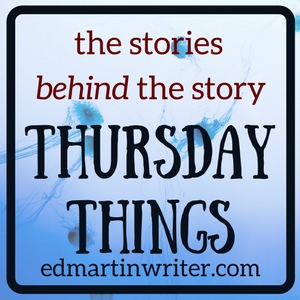 I love to travel, and one of my favorite places is western North America. Stretching from Alberta and the western Dakotas to the eastern edge of the Rockies, the sweeping plains and buttes are, in my opinion, some of the most beautiful landscapes in the country. I lived in Bismarck, North Dakota, for a year, and while the eastern half of the state is in the Midwest, the western half has a different feel to it. You’ve left behind the corn and soy fields and the gently rolling hills, trading them for dry grass and scrub and herds of grazing cattle. There’s no line to mark the Midwest from the West, but you’ll know it when you see it.

In the summer of 2017, my dad, son, and I vacationed in that direction. We drove west from Illinois, across Nebraska to Denver, then up to Portland and Seattle, Banff, back down to Glacier National Park, then Winnipeg (my favorite Canadian city) before returning home. 4500 miles in two weeks, camping the whole way? Yes, please!

Even though it seems there are houses and towns everywhere you look, there’s still a sense of wilderness and isolation. Maybe it’s the big open sky, so different somehow from even the Midwest’s prairies. The wide open spaces, the dryness of the landscape. I don’t know. 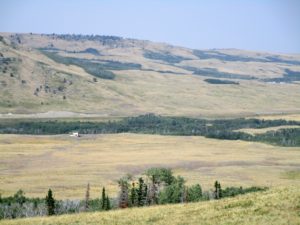 I used this isolation in my latest short story, “Empty,” which is set in southern Idaho (not on the eastern edge of the Rockies, I know, but it has similar landscape). It’s part of my short story collection After All, a bunch of stories about the apocalypse and its aftermath. This story is about Jess, a rancher, and her new hired hand, Clive, who’s more than he seems. When disaster strikes, they learn to set aside their mutual distrust and work together in order to survive. 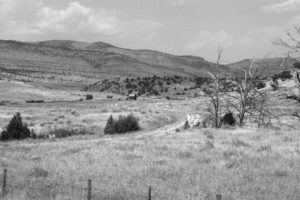 I imagine the story taking place on a homestead like the ones above: a small house, a dirt road leading to a small town, and no one close enough to save you when the end times come.

You can get this story tomorrow if you support me on Patreon; at the lowest level, Flash Fiction, which is just $1/month, you’ll get access to a new short story every month. If you’re not a supporter, you’ll be able to read “Empty” when the collection comes out, hopefully some time late this year.

If you’ve traveled in the US and Canada, where are your favorite spots? Any thoughts on Montana and the West?