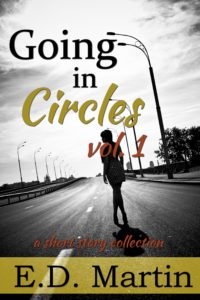 I’ve been posting a lot of stuff on Medium over the past year or so, from short stories to preview chapters of a novel I’m working on. A lot of the stuff I’ve posted has been members-only (since I like getting paid for what I write).

I know a lot of people aren’t paying Medium members, so I’ve put together a short collection of some of my related stories for nonmembers to read.

So yes, that means that Yours to Keep or Throw Aside and Waylaid on the Road to Nowhere are set in the same universe, although they’re both standalone novels and only connected by these short stories.

Anyways, if you haven’t already read these stories on Medium, please check out this compilation. It also has the first chapter of Waylaid (which you can also read on Medium, if you have a membership, along with several other chapters of the book).

And go ahead and read Yours to Keep or Throw Aside, too, if you haven’t already.

Let me know in the comments below what you think about crossovers and shared universes, and whether you have any predictions about that sequel.