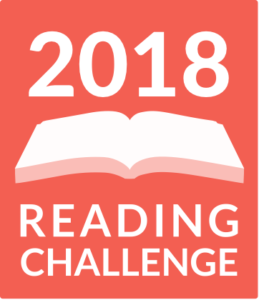 This list only includes books I finished. There are dozens that I started but didn’t finish (often not even the first chapter) either because they were poorly edited or didn’t hold my interest. I also didn’t include textbooks or journals that I read for school.

Here’s a breakdown of what I read:

If you challenged yourself to read a set number of books in 2018, how did you end up doing?  What were your favorites?  Anything you particularly disliked?