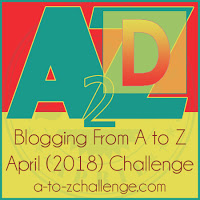 I went to Iceland over spring break, and let me tell you – four days is NOT enough time there. We spent a day in Reykjavik, a day doing the Golden Circle circuit tour, a day driving along the southern coast, and a morning horseback riding around the volcanic fields before flying out.

I was especially excited to explore the southern coast. We didn’t get a chance to go to the Sólheimasandur plane crash site – it was cold and drizzly, and we didn’t have enough time in our schedule to walk a mile or two each way to the site – but we did get to some other famous places, like several beautiful waterfalls.

We also made it to Dyrhólaey, which is a park overlooking the black sand beaches that show up in Icelandic metal videos, especially Sólstafir’s “Miðaftann.” And I’m pretty sure some clips from their video for “Fjara” were shot around here too.

My short story, “The Beach,” was partially inspired by Solstafir’s “Fjara” (which is Icelandic for beach, by the way). Even though I’d only seen videos and pictures of the area before I wrote the story, I envision it being set here. I imagine Pría, the main character, standing on this beach watching her true love’s funeral barge float out to sea, then walking along it later as she’s about to give birth to their son.

I’m not a fangirl by any stretch, but there was something amazing about standing in the spot where some of my favorite songs’ videos were made, where my story took place too. It’s a feeling that makes me want to go back to Iceland, this time for several weeks, and just wander the countryside. Who knows what kind of stories I’ll come up with?

When Pría’s true love is killed before they can marry,
she must decide how to stay true to his memory while moving on with her life.

Available to read for free on Medium,
and it’ll also be included in my upcoming short story collection, Unkept Women