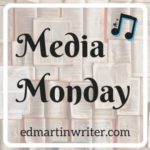 The books: The Lioness of Morocco by Julia Drosten and Palm Trees in the Snow by Luz Gabás

The music: “My Companjera” by Gogol Bordello

One of the perks of being an Amazon Prime person is that I get a free book each month before it’s released (yeah, like I need free books). Some of them are crap, but I’ve had good luck with the Amazon Crossing books – books that are bestsellers in another country and have been translated into English. I’m painfully aware that I read mostly American authors, so I’m trying to branch out and incorporate other cultures into what I read.

The Lioness of Morocco is a literary romance/adventure story set in Morocco in the early 19th century. It follows Sibylla, a woman who feels trapped by her time, who convinces her husband to be an agent of her father’s shipping company in Morocco. Her husband turns out to be a less-than-worthless jerkface, and Sibylla finds herself drawn to a handsome, daring French guy who actually sees her as a person. Fate has fun pushing them together and pulling them apart, in a fascinating look at life in a North African country two hundred years ago, and all the customs and culture that goes with it.

Palm Trees in the Snow, also a very literary story, is set in both present-day Spain and on a small island off the coast of Guinea in the 1950’s. Clarence is trying to find out more about her family history and in doing so, the book follows her uncle Killian and father Jacob who moved to the island mid-century to work on a Spanish cocoa plantation. Killian fell in love with Bisila, the daughter of a native foreman on the plantation, and his niece must piece together why neither men ever returned to the island after its rough transition to independence. The story focuses on the relationship between colonizer and colony, between Whites and Blacks, and it does so in a very balanced way, showing the experiences of those on both sides of the issues, both at the time and half a century later.

For both these stories, I knew next to nothing about the history detailed in colonial Morocco or Guinea. In addition to great stories, these books were also engaging history lessons.

For the music, today it’s my favorite gypsy punk band, Gogol Bordello. “My Companjera” is a song about searching – for a partner, for reliving a shared experience, for love, for answers, for whatever. And that’s the theme of both of today’s books, I think – getting out of your comfort zone to look for more to life, and finding love and adventure in the process.

And as a bonus, here’s the trailer for Palm Trees in the Snow, which is currently available on Netflix (in Spanish, with subtitles).