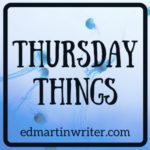 My short story “Tim and Sara” takes place at Kirkbride, a state hospital. Although the story is fictional, the hospital isn’t.

My Kirkbride is based on the state hospital in Fergus Falls, Minnesota (which is also the building on the story’s cover). What makes this building different than other state hospitals is its design and purpose.

Pre-Civil War, people suffering from mental health issues in the US were treated like criminals: locked up in tiny cells, often shackled and abused.

In the 1840s, Dr. Thomas Kirkbride came to the now obvious conclusion that people suffering mental health issues would do better in airy, light-filled buildings with private rooms, so he designed a bunch of state hospitals that tried to respect patient dignity. The Fergus Falls building was one of these.

As the US has moved to community-based, out-patient treatment for people with mental health issues, many Kirkbride buildings have been torn down or sit empty, like the one in Minnesota. 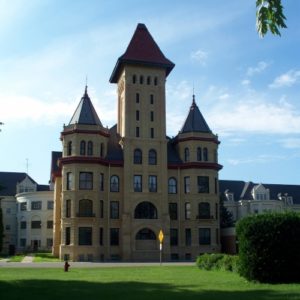 I used to drive past it on the interstate, and although no one’s there now, it still makes for a cool story.

About “Tim and Sara:”

The victim of debilitating flashbacks, Tim is content to spend the rest of his life at Kirkbride, a state mental hospital. But his friend and fellow resident Sara is concerned that she has to save her soul before it’s too late, and so she devises a plan to break them out of the hospital. Can Tim help his friend while holding onto what’s left of his sanity?

Available for $.99 at Amazon or free through Kindle Unlimited