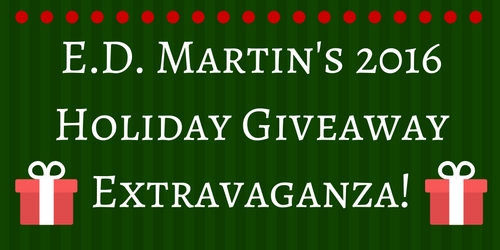 You’ll be doin’ all right, with your Christmas of white, but I’ll have a blue, blue blue blue Christmas if someone doesn’t win one of today’s THREE prizes!

December 1st: ebook of “Not My Thing” short story
December 2nd: ebook of “Tim and Sara” short story
December 3rd: $5 Amazon gift card
December 4th: signed paperback copy of The Futility of Loving a Soldier (available exclusively through this contest!)
December 5th: prize carried over from the 4th because no one entered that day. C’mon people – it’s free stuff!
December 6th: paperback of Shadow on the Wall by P.K. Tyler
December 7th: three ebook copies of my novel, Yours to Keep or Throw Aside