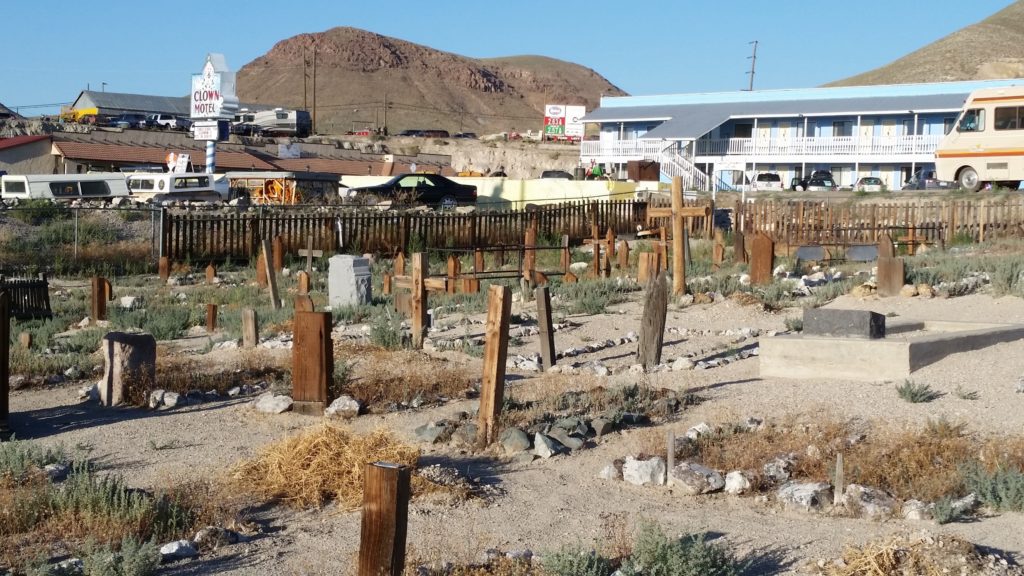 Today’s story, tentatively called “The Graveyard,” was inspired by a town I passed through while wandering the country this summer: Tonopah, Nevada, home to the “haunted” Clown Motel located right next to an old graveyard filled with plague victims. Fun. :)

The plague hit quickly and deadly. In the course of just a couple weeks nearly half the town was dead, with those left alive torn between caring for the sick, burying the dead, or fleeing the county before they were struck down too.

With Pa taking the easy route and hightailing it out, and Ma dying right off, that left me the task of looking after the young’uns, and my older brother to bury the dead. Then the plague took him too, and most of the little’uns, until it was just me and baby Nylen after the plague was gone.

Pa had wanted a right proper homestead but there ain’t really any call for farming in the Nevada desert. He’d always talked about moving – west to California or north to Dakota Territory – but Ma’s people were here in Nye County and so she put her foot down. I thought about moving me and Nylen somewhere too, but where does a sixteen-year-old girl even go? So we stuck around, nearly the only folks still in town, determined to make the best of a bad situation.