The books: The whole Anne of Green Gables series by LM Montgomery

The music: “Big Bird in a Small Cage” by Patrick Watson 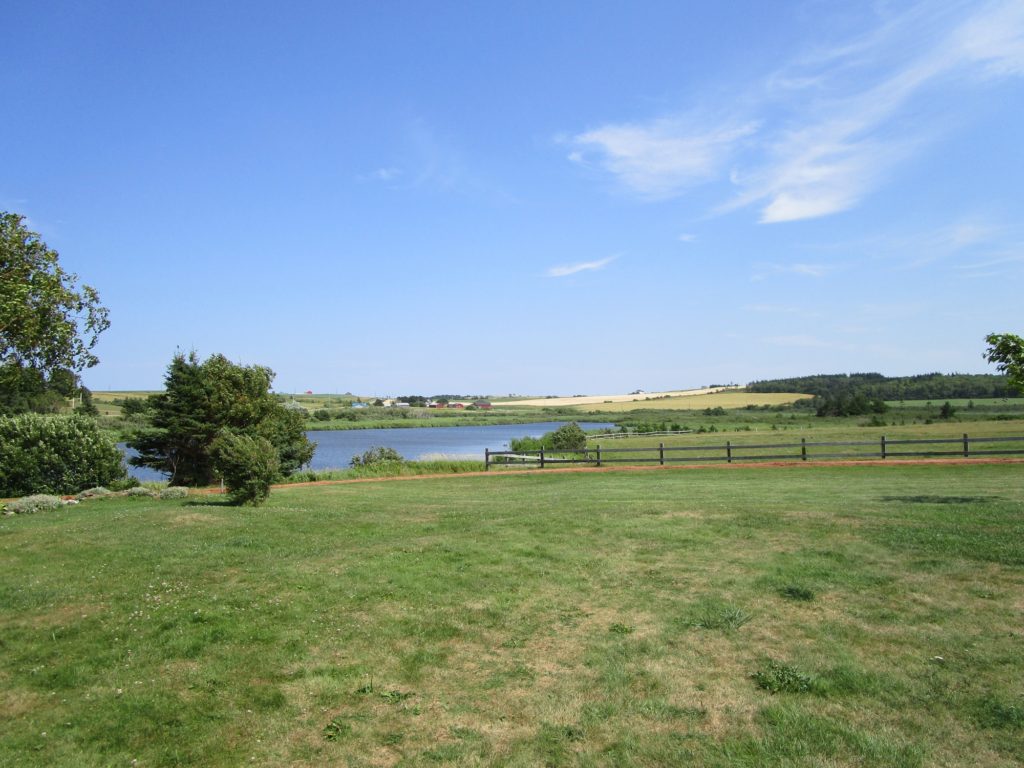 Grounds at the Anne of Green Gables Museum, PEI

Earlier this month I wandered up through New England to the Maritime Provinces. I was especially excited to get to Prince Edward Island, home to a couple book series I enjoyed as a kid: the Anne of Green Gables series and the Emily series, both by LM Montgomery.

PEI is beautiful: gently rolling fields of wheat and potatoes interspersed with small groves of trees, farmhouses with the sea in the distance, little villages with charming little houses. But after a couple hours driving around (from the bridge at Borden-Carleton up to Cavendish), we were bored out of our minds and ready to go back to New Brunswick, where we’d set up camp for a few days.

I’ve been rereading the Anne of Green Gables books since I got back, and they’re yet another series from my childhood that I would’ve been better off leaving to my memories. In case you’re not familiar with them, they follow Anne Shirley, a little-red headed orphan adopted by an aging brother and sister. She grows from lovable scamp to lovable adult. Everyone who meets her either loves her at first sight or grows to love her (or at least like her a lot). She solves the problems of everyone she comes across, especially when it comes to relationships. Despite her faults (a temper, having a way too active imagination), she’s the ultimate Mary Sue – perfect, with nothing bad ever happen. The books are more a collection of vignettes of her life and the characters in it, rather than vignettes.

As for the prose, dear God but it’s purple. Going on and on about sunsets and trees and beauty – beauty everywhere. Everyone wants to be beautiful and wear beautiful clothes, as if there’s no more to life than beauty.

Contrast this another series by Montgomery, the Emily books: Emily of New Moon, Emily Climbs, and Emily’s Quest. Emily goes through all kinds of defeats in life (illness, broken engagements, fights with friends, relatives who hate her) and is determined, by the end, to accept her fate and die alone. Emily is keeping it real.

PEI doesn’t focus on Emily, however. It focuses its attention on Anne – the pretty but boring Anne, who has adventures but you know everything will work out for her so you really don’t care after awhile.

The song doesn’t really fit with the books but it fits with my impressions of PEI. I heard it while driving through Manitoba this summer. It’s pretty but unmemorable, because I really just don’t care about the bird or its cage.