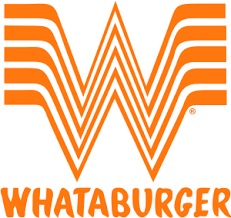 The stars aligned this year; my university, my son’s school, my boyfriend’s university, and the school where I’m interning all had spring break this week, so we jumped in the car and are currently wandering around Texas: Dallas/Ft. Worth, Austin, San Antonio, then over to Galveston before winding our way back home.

I lived in Houston for awhile about a decade ago, which didn’t give me the best impression of Texas. It was very hot and humid, I didn’t have transportation at the time, and the program I was in required 18-20 hour days.

One day while I was in there towards the end, a couple people forgot a textbook or something and needed someone to run back and get it. They gave me their keys because I had a free period to run back, and someone else in the program offered to drive. I think he was from Houston, possibly Texas, because he suggested we stop for a burger on the way back.

We stopped at Whataburger. All I remember is that it was a burger – not the best burger I’d ever had, but not the worst. Just a burger.

I’ve run into people from Texas since then, and many of them swear by Whataburger. I still don’t understand what’s so special about it, but I realize its role in Texas culture (for some, at least), and so it factors into two stories I’ve written that are set in Texas: “Burger Run” and “A Wedding.”

Both are included in my short story collection, The Futility of Loving a Soldier. Those two stories focus on best friends at two points in their lives, the summer after high school graduation and then ten years later. Both, as I mentioned, involve Whataburger.

Readers, do you agree with Texans’ assessment of Whataburger as a great place to eat? What’s your favorite burger place?