While waiting for a classmate at the library today, I picked up a fascinating pamphlet about my town’s most notorious resident, early 20th century gangster John Looney who was a “playwright, journalist, champion of the downtrodden, lord of illegal liquor and murderer.” He was the inspiration for the graphic novel and movie, The Road to Perdition, and also my neighbor – his house is only about 7 blocks from me.

I watched the movie tonight. Although it doesn’t portray his history accurately at all, it’s pretty accurate for the 1930s, with all the mobsters running around killing people for looking at them wrong. My town had more than its share of murders, thanks to Looney and his gang, and it made me wonder – was my family in on that too? 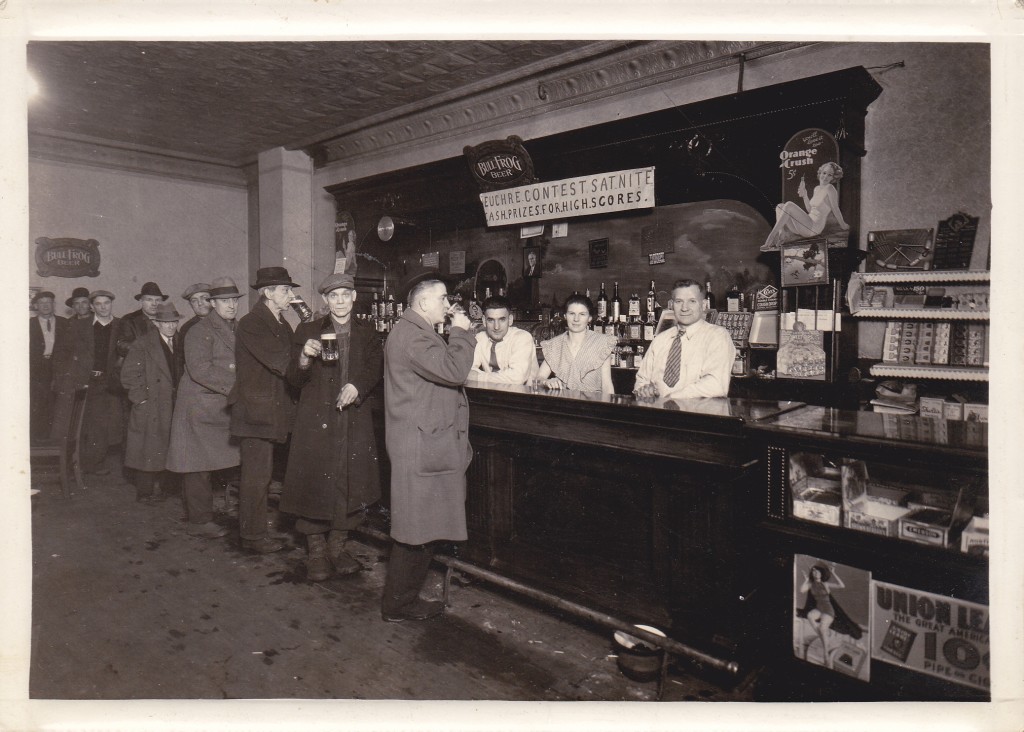 My great-grandma at her bar, maybe in the early 40s?

My great-great-uncle Theophiel immigrated to the US in 1909, eventually settling here in the Quad Cities, and at some point he started a beer company. My great-grandma (his sister) joined him over here and sometime in the 30’s (after Prohibition) opened a bar with her husband, who was a bootlegger in Detroit for awhile during the Depression.

Putting all this together, I definitely wonder if Theophiel was a bootlegger too. I’m sure he didn’t work for Looney, but they may have crossed paths a time or two. I’m going to assume so unless it’s proven otherwise.

I’m working on a historical fantasy middle grade series for my son, and the first book involves gangsters and Moses. I initially was going to write about Al Capone, but now I think John Looney’s going to be my villain. And my great-great-uncle may just play a role too.