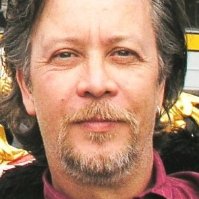 In addition to a career as a newspaper editor, publisher, and manager, Robb has written fiction most of his life. The newspaper biz has taken his family and him from Phoenix, Arizona, to small towns in North Carolina and Texas, and from seven years in Washington, D.C., to five years in Asia. Born and raised a small-town kid, he’s as comfortable in Tokyo or Tuna, Texas. He now resides in Wisconsin, where he manages a group of community newspapers. The variety of places he’s lived and visited serve as settings for the characters who invade his head.

In Carry me Away, Carrie Destin, a biracial military brat, learns the injuries she sustained in a car accident will prove fatal before she reaches adulthood. Facing an abbreviated life with a brash attitude and a morbid sense of humor, Carrie races to experience life before it ends, but spirals out of control, leading to a physical and emotional collapse.

1. Why do you write in the genre(s) you listed above?

I grew up in the south, and have lived there most of my life (although I’m currently in Wisconsin), but also have lived overseas on a US military base. I’ve always been drawn to write contemporary, realistic situations, and I want to create characters who feel like someone you’ve known. Unique American subcultures — whether the rural south or military families — are what fascinate me, and I hope to open a window to readers who aren’t familiar with that subculture or who may have preconceived notions or misperceptions about a particular group of people. The biggest thing I’ve learned is whether I’m living in a small southern town or Washington D.C or a military base or in Tokyo, Japan, people are unique, different, fascinating, yet at the core, we’re all pretty much the same. Human nature is full of endless stories.

2. What genre do you currently read most and why?

I read a variety of contemporary literary to mainstream to magical realism to women’s fiction to some rather eclectic, weird little things. Favorite writers of the past few years include Gabriel Garcia-Marquez, Amy Tan, Haruki Murakami, Ronlyn Domingue, and Sara Gruen.

3. If you could pick just one book to read for the rest of your life, what would it be and why?

Just one book for life – I’d have to choose the Bible. Never mind anyone’s religious faith or no faith, it’s full of great literature, characters and stories. Plus, it’s really long, so it might take me the rest of my life to read it all.

Probably Walter Mitty. I live in my head a lot and imagine myself to be a famous rock star, even though I have zero musical talent.

5. What’s the worst job you’ve ever had and why? What was the best thing about that job and why?

I’ve worked at a Dunkin Donuts, cleaned toilets, worked in a furniture store warehouse, picked up litter on the side of the road, and I’ve been in the newspaper business for 35+ years. I can’t say any of those jobs were the ‘worst.’ Obviously some jobs were much, much better, but I think I enjoyed every job I ever had as a kid or college student. Although I probably wouldn’t enjoy that same job if I had to go back to it today, I did at the time because of the people I worked with, not that cleaning toilets is a good time. And I had a great job I loved until some things changed and I was working for some people who were seriously dishonest and arrogant, so that was probably the lowest point in any job I’ve ever held. I put up with it for a bit, and then got out at the first opportunity.

Carry me Away is currently available through Amazon.