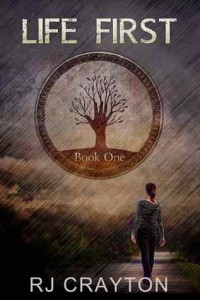 The music: “Heaven’s a Lie” by Lacuna Coil

Those are the questions explored in this week’s books.

First, RJ Crayton introduces us to the Federation of Surviving States (FoSS), a country made from the remnants of the United States after pandemics wiped out 80% of the population. In this future country, life comes first. No exceptions. That means risks are discouraged, and if you’re a match for an organ donation to someone who needs it, you’re required to comply. But Kelsey, the MC of the first book, Life First, doesn’t want to comply. It’s not that she’s selfish or wants the recipient to die; it’s that she wants to make the decision herself. What follows is a massive legal battle that culminates in a fight for her very life, not just her kidney. 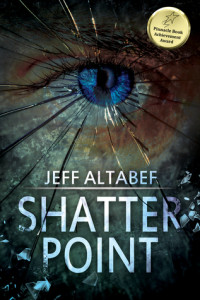 But the FoSS government isn’t necessarily all bad. As we learn in book two, Second Life, they just want the best possible medical outcomes – even if sometimes it’s at the expense of the first experimental patients. In this book, Kelsey’s paraplegic best friend, Susan, is given the opportunity to walk again, and must decide if the strings attached to the offer are worth the reward.

Jeff Altabef also explores the dark side of government intervention in his psychological thriller Shatter Point. Government scientists have developed a drug that can improve cognitive functioning, as well as a vaccine that cures cancer. The key question becomes, who has a right to these drugs? Is it okay to maintain a second class of citizens, so that others can thrive? Is it okay to experiment on people without their knowledge, given the possible greatness of the implications for everyone else?

Kazuo Ishiguro takes this a step further in Never Let Me Go, a deceptively simple novel about a group of kids raised in privilege at a secluded boarding school. As the MC, Kathy, reflects back on her life, she reveals the dark reasoning for the existence of her and her friends. The end is heartbreaking, as we’re told in plain terms just how selfish people are willing to be – as long as it’s not their lives being destroyed.

The song I picked for this week is dark, just like the books. The singer asks to be “set free” because “your heaven’s a lie” – exactly what the characters in this week’s books come to realize too, as their government’s heavens turn into their own personal hells.