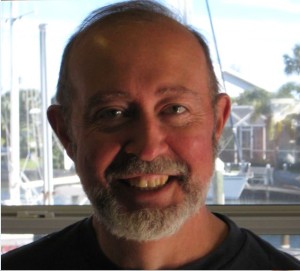 This week’s Friday Five focus is on Edward McDermott, author of books and short stories in just about every genre except romance: fantasy, historical, horror, contemporary, mystery, horror, Western….

Edward McDermott, born in Toronto, has a professional day job but spends his spare time pursuing a writing career. Aside from taking writing courses and participating in writers’ groups, Edward takes time for sailing, fencing, and working as a movie extra.

Some of his works include “A glass of Emeralds” in Wisdom Crieth Out, “Hell’s In Session” in The Western Online, and
” Jack Won” in The Exile Book of New Canadian Noir.

1. What is the most important thing that people DON’T know about your subject/genre, that you think they need to know?

The villain has to be a person too, and most people do not think of themselves as villains.

2. Where do your inspiration and ideas for your stories come from?

The newspaper, poetry, random sentences. Let me give an example of a sentence that begs a story, which I have not written yet.

“Everything I have I got by lying,” Burton said, “Even your wife.”I’ve been playing with that opening for a decade. When I do write it, I’ll really enjoy reading it.

3. If you could pick just one book to read for the rest of your life, what would it be?

Damn, so many. Metamorphoses by Ovid.

5. What literary character are you most like and why?

Jim Hawkins from Treasure Island. He not the strongest, or the one in charge, or the smartest, but he knows what is right and wrong and sticks to it.