I’m going to be switching gears here, from A Handful of Wishes, my WIP about a boy and his genie, to my soon-to-be-released women’s fiction novel, The Lone Wolf, out December 2nd from Evolved Publishing. 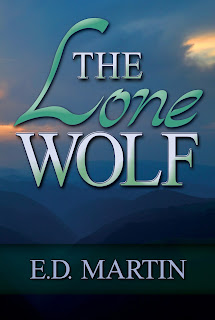 In this chunk, Kasey has just arrived home from running some errands.

As I stepped onto our front porch, an envelope tucked in the front storm door caught my eye—no return address, no postage, just Mrs. Sanford scrawled in messy feminine handwriting. I picked it up, opened it, and pulled out the contents: a letter, wrapped around several photographs. I smiled at the quaintness; who printed out pictures anymore when they were just as easy to email?

I set the letter aside and studied the photos. Their low-quality fuzziness indicated they’d been taken with a webcam, but I could still clearly discern two people intimately engaged. As I focused on the images, my smile faded. One figure was David; although his face wasn’t visible in the photos, after almost ten years together I’d have recognized his stocky frame anywhere.

The other figure, the female, was not me.