One day a few years ago while I was driving down a western Minnesota highway, I saw a castle in the distance. Perplexed by why a small Midwestern town would have its own castle, I promptly exited the highway and went to investigate. And lo and behold, yes, there was a castle.

When I got home, I Googled it and discovered that it was actually an old mental hospital, of the Kirkbride design. In the mid 19th century, some guy named Kirkbride realized crazy people didn’t do so well locked in cramped cells or shoved into crowded, windowless rooms, so he designed a type of hospital that allowed for plenty of light and movement and retained dignity. There are probably 80 or so of these scattered around the country, some in use and some, like this one, sadly awaiting demolition (or already torn down).

This specific building featured prominently in my short story, “Tim and Sara,” which I released for Kindle last summer.  The story is probably best categorized as psychological horror. I liked the original cover, but didn’t know if it really conveyed what the story is about. I really wanted to use a picture of the inspirational building, but that was nine hours away in Minnesota.

Last week, however, I had some free time. My kid was staying with an aunt, and I’m currently between temp jobs. It would be simple to drive up and get a picture.

But then I looked at the map. I’d always wanted to visit International Falls, which is only 2-3 hours away. And once there, it’s only a 4 hour drive to Thunder Bay, which sounds like it would be an awesome place. An easy trip quickly expanded into a two-country excursion.

But then I thought, why not? When will I have the chance to go to Thunder Bay again? So I grabbed my camping stuff and passport and headed north. A drive for a picture became a four-day, five-state (I detoured back by way of Michigan), 2000-mile road trip. And it was wonderful and definitely worth it.

I’ve noticed I tend to un-scale-back a lot: in grad school, where I’ve decided to add a school social work endorsement (extra classes) and a thesis; in my way-behind-schedule short story collection, The Futility of Loving a Soldier, because what was to be one more story grew to a five-part, multi-generational story; and in another short story, half-written, that’s turned into seven novellas.

But as my students loved to say, YOLO (you only live once). If you’re going to do something, why not go big? It’ll take some extra effort, but looking back, you’ll be glad you did. 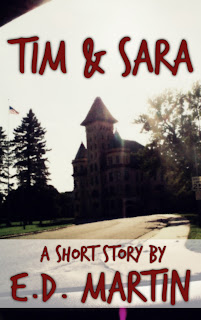 And at the very least, I got a great new cover out of the trip, and some great story ideas.