It snowed today.  Only 3-4 inches, not a lot for northwest Illinois, but more than we’ve gotten at once for the past couple years.

When I was a kid, I remember it snowing all the time.  We’d go out sledding in the field across from our neighborhood. We’d pretend to be Arctic explorers bravely walking across the frozen pond, then running back to shore at full speed when someone thought they heard the ice crack. We’d make snow forts.  One year, on a snow day, my brother and I made a snowman on the roof (my mom was not happy about that). 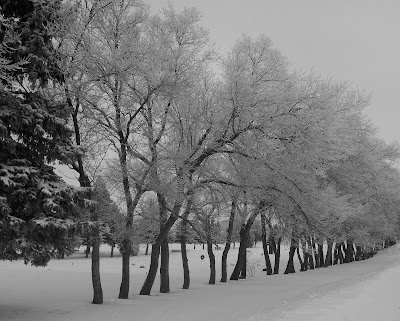 Now, snow is just snow.  It’s still pretty to watch, but it’s also figuring out what to do with the kid if school is cancelled. It’s navigating slippery roads filled with a mix of overly-cautious and overly-aggressive drivers. It’s shoveling and melted puddles on the floor to avoid.

It’s also the perfect time to curl up with a book, or a notebook to write in, and a big bowl of homemade cream of awesome soup.

What, you’ve never heard of cream of awesome soup?  I’ve made it probably half a dozen times this winter, each time with whatever ingredients I’ve had on hand.  What I like most about it, besides how easy it is to make, is that it can be healthy too; you’re cutting out a lot of the sodium that most canned and commercial soups have. I don’t give any set amounts because so much of what makes cream of awesome soup awesome is that it’s whatever you want it to be.

What’s your favorite way to spend a snowy day? Any favorite recipes you like to make on them?